Milspo Project is a 501(c)-3 non-profit organization founded in 2014. We are on a mission to help 10,001 military spouses start sustainable businesses by 2024, but we can't do it without your help. Learn more about the many ways you can support our military spouse community.

I assert that focusing only on what is needed in the moment can move you from limited options and resources, to a place of expansiveness that you could only dream of.

I was recently listening to a great interview by Tim Ferriss. During the show, interviewee and legendary angel investor, Steve Jurvetson, complimented his long-time friend, and pseudo-business partner, Elon Musk’s unwavering focus on singular goals.

This struck me as odd, since Musk is the man known for his futurist ideas–the same guy behind Tesla’s comeback, as well being the founder, CEO, and lead designer of SpaceX .

Musk has the self-control to put his blinders on. He doesn’t appear to be distracted by outside influences or whims, even when those ideas are ultimately pointing in the direction he hopes to go.

This is the struggle for dreamers; we must keep our feet planted while our minds are constantly in motion. It is the showing up that ultimately leads to overcoming.

I don’t particularly care for the word grind, but I do like the idea of growing your ‘again’ muscle.

A few Olympics ago, Michael Phelps’ famous Under Armor video was released (cue the chills, this video gets me everytime).

Like this ad so beautifully illustrates, the growth happens in the cold mornings, the friendless winters; through injury, the isolation that comes from being misunderstood, and the pain all who have experienced growth have endured at one time or another to become the best version of themselves.

This month we’ve been reading about Grit by Angela Duckworth. She writes, “Nobody wants to show you the hours and hours of becoming. They’d rather show you the highlight of what they’ve become.”

Isn’t this true about military life? We never see photos of the late night insomnia over worry, the parenting alone, navigating an impossible job market as a military spouse, or the isolation we feel far away from friends and family. These are the imperfectly beautiful, true life, moments of becoming. Growth happens when the cameras aren’t out–in the valleys and the lowest chambers of the heart, outside of the military balls and homecomings and national holidays honoring military families.

As military spouses, we show up in a different way. The becoming is now. How do you plan to activate your ‘again, and again, and again’ muscle, to show up for the future version of you? Let us know in the comments below.

I will leave you with the words painted on the back gate of my Astanga Yoga teacher’s shala: “Practice and all is coming.” -Pattabhi Jois 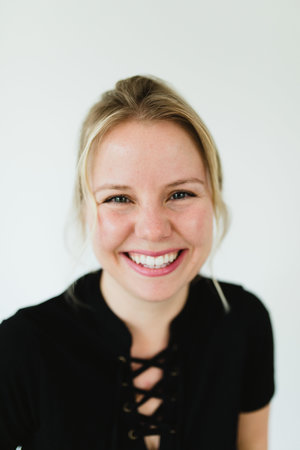 Jun 14 Share with the world #WhatWeCarry as military spouses